Slaying My Own Dragons

I haven't written in a while.  I've been working and traveling but that isn't why I haven't been writing.  I've stayed away because I have recently been dealing with my own personal demons (which surface for me at least on an annual basis)...

When I first started this blog, I promised a look into my everyday life as a LIGO scientist.  Almost everything that I have shared has been positive and, truly, that is how the majority of my life passes - I am blessed beyond my dreams and I love my life and my work.  However, there are the other days where I feel like nothing I've done has amounted to anything other than keeping me busy.  Deep down, I know that isn't true but I have a horrible way of marginalizing everything I do.  Basically, if I did it then anyone could have or it wasn't meaningful.  This is a well known phenomenon called the Impostor Syndrome.  I've heard about this is various places; I think most recently it was in regard to women in physics but this is a widespread phenomenon in both genders.

Honestly, I am hesitant to even write about this here.  Physics is a competitive profession.  I feel like a person's worth is usually judged on what you've done lately.  I am always afraid that I haven't accomplished enough to not be forgotten let alone respected.  And with my job being a temporary (I am a postdoctoral scholar - this is much like when a medical doctor goes through residencies after earning their medical degree) and on a yearly contract, not constantly earning respect means that I could lose my job all together.

It isn't something that I discuss with my co-workers; after all these are the people whose respect I am trying to earn and maintain.  I don't even bring it up to my friends because, since I really don't have much of a life outside of work, my friends are also physicists - sometimes even people I feel are my competition.  On my latest trip (to Santa Barbara, CA for the APS Executive Board retreat), I did bring this up in conversation over dinner (I felt more comfortable around these physicists since they are not in the same research circle as myself and I rarely see them).  As soon and I mentioned I'd been dealing with a bit of Impostor Syndrome the immediate response I got was, "We all feel that way."  At that, I didn't know how to respond since I was surprised at how open this person was with me.

So, how do I go about slaying this dragon?  Well, the first stage is messy and usually involves much anxiety and panic about the difference between what I feel I've accomplished and what I should have accomplished.  This then moves into a planning phase where I decide what I am going to do and is followed by a series of email feelers to people I need to collaborate with to perform the work.  By this time, I have usually exhausted myself (at least emotionally) and I wait for responses from collaborators.  If they are prompt, a new determined calm can begin to take root; otherwise, the anxiety increases again.  I start thinking, "Wow, I was right and everyone thinks so little of me that they don't want to work with me!"  (Note to self: next time check your spam filter before you flip out again.)  With a new plan of action intact, I get to start the cycle of the Impostor Syndrome again: "I have all this great work to do but I don't think that I am talented enough to complete it."  But, I plug away at it, complete tasks and rarely acknowledge what I've done.

The one good thing that comes from these episodes of mine is that it jump starts new projects for me.  It also reminds me of how lucky I am to have my husband since he is the only person with whom I share this insecurity.  The poor guy is my sounding board for all of the anxiety I've built up and there really isn't anything he can do for me.


This is a good article on the Impostor Syndrome: Laursen, Lucas, "No, You're Not an Impostor", Science Careers (15 February 2008).

A friend of mine read my last blog post and showed that both of us (as members of the LIGO Scientific Collaboration) have a lower Erdös Number (4) than I noted in that post.  Here are the references establishing this network:

Many people have heard of the "6 Degrees of Kevin Bacon" game, introduced in 1994, where you try to connect a famous person to the actor Kevin Bacon within 6 connections, e.g. X acted in a movie with Y who acted in a move with Kevin Bacon gives a Bacon Number of 2 for actor X and 1 for actor Y.  The idea of six degrees of separation originated in the early 20th century (of course, not with Kevin Bacon) when Frigyes Karinthy conjectured that any 2 people could be connected through at most 5 people.  This was the basis of the Small World Experiment in 1967 by social psychologist Stanley Milgram.

Long before the Bacon Number in the entertainment industry was the Erdös Number (you can also view the Erdös Number Project page) in mathematics.  Paul Erdös was a prolific mathematician authoring the most academic papers in history, many of those in collaboration with others (at least 1,525).  It became a anecdotal measure of prominence in the field to have a low Erdös Number.  So much so, that the American Mathematical Society has a tool to calculate your Erdös Number based on their database of mathematical papers (click here to go to the tool and select the "Use Erdös" button, try "Einstein, A" and you should see his Erdös Number is 2).  Studies seem to show that, if a person has a finite Erdös Number (meaning, have you published a paper with another author that you can use to start your connection), that number is at most 15 with a median number of 5.  It turns out that my number is 5:

Special thanks to Nathan Urban for finding this low Erdös Number for me (using the tool listed above) - the best I was able to come up with was 8 with a manual search.

NOTE:  I have a revised Erdös Number of 4 - see my next blog post. 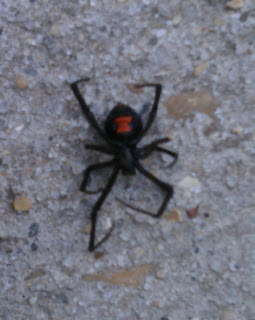